I Am Affected Campaign

The I AM AFFECTED CAMPAIGN in Halton

“The closing of residential schools did not bring their story to an end. The legacy of the schools continues to this day”
—Justice Sinclair, Final Report, Truth and Reconciliation Commission

Halton Community Legal Services in collaboration with the Halton Indigenous Education Advisory Council and the Halton Catholic District School Board received funding from the Oakville Community Foundation Vital Community Fund and The Kenny Family Foundation to support the posters and launch of the “I AM AFFECTED” campaign. The campaign officially launched October 19th, 2017. 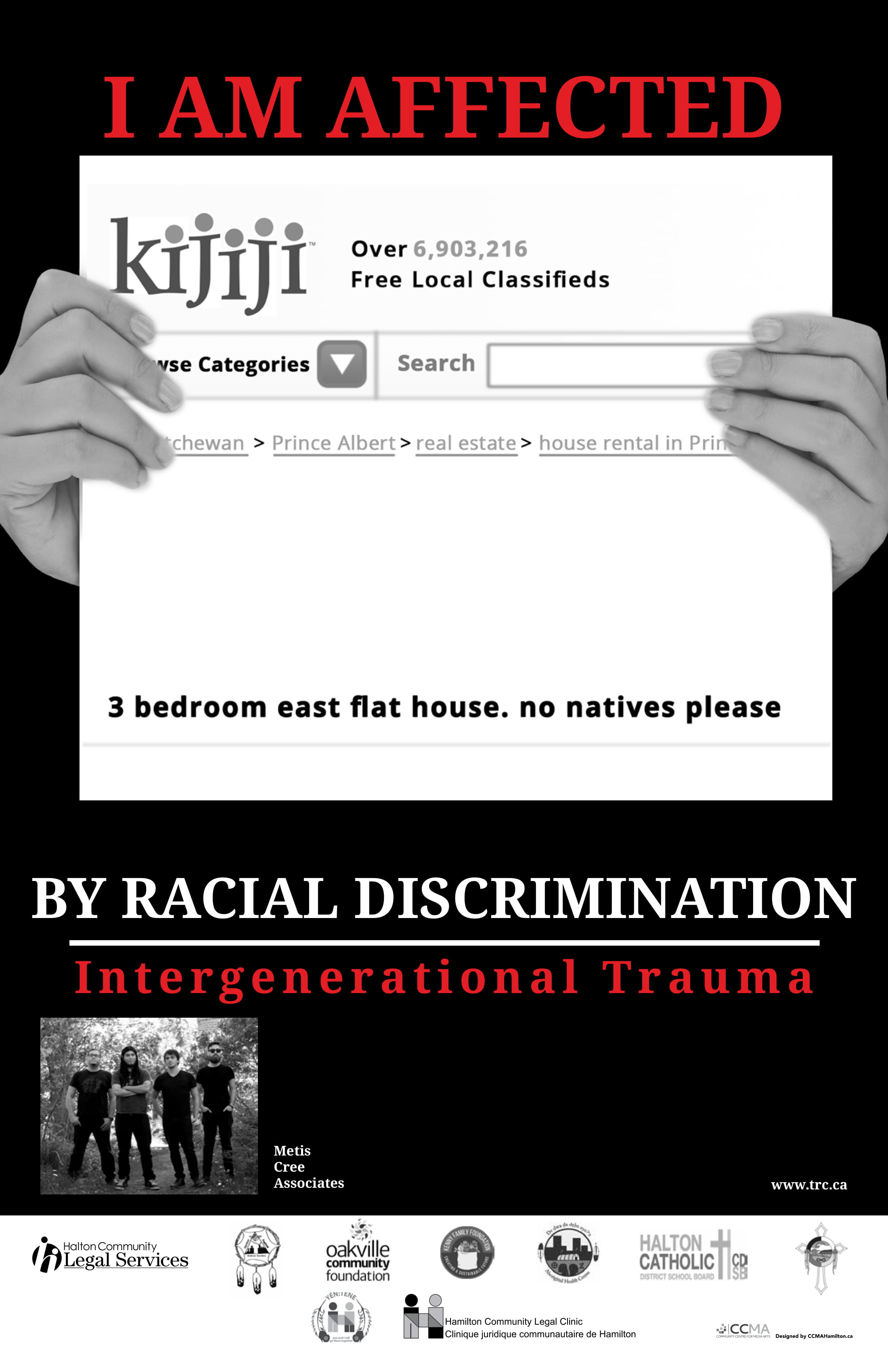 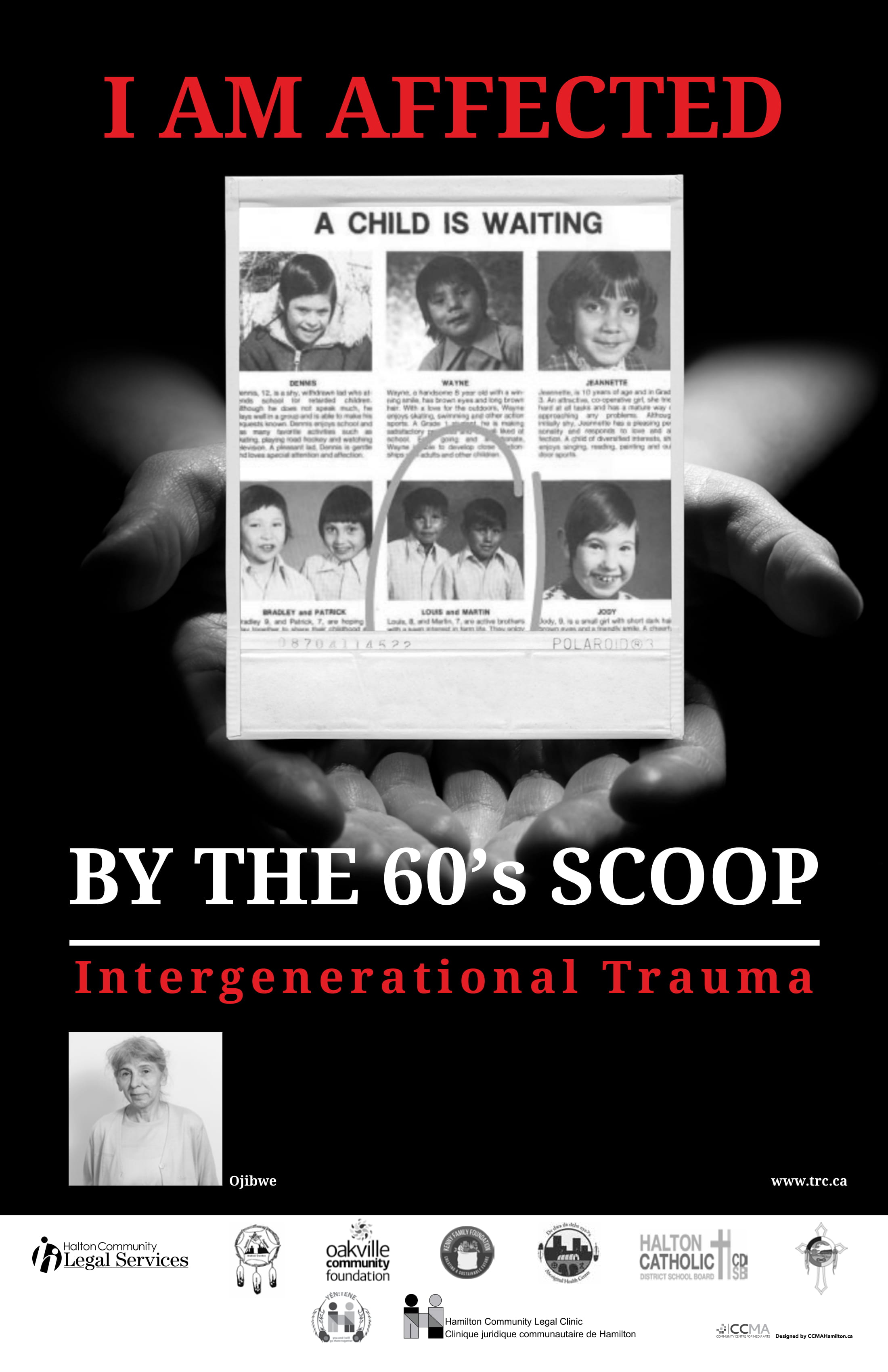 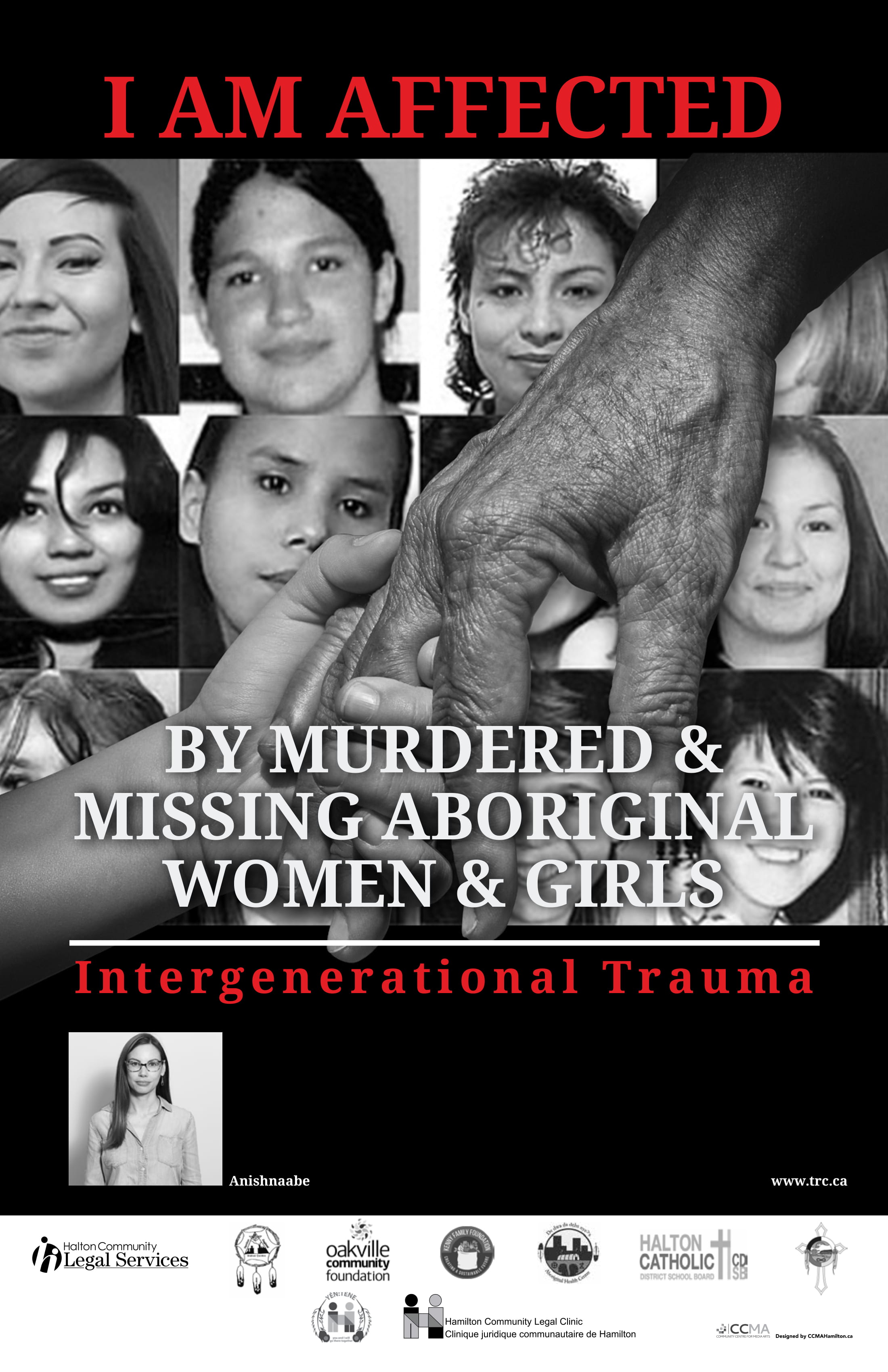 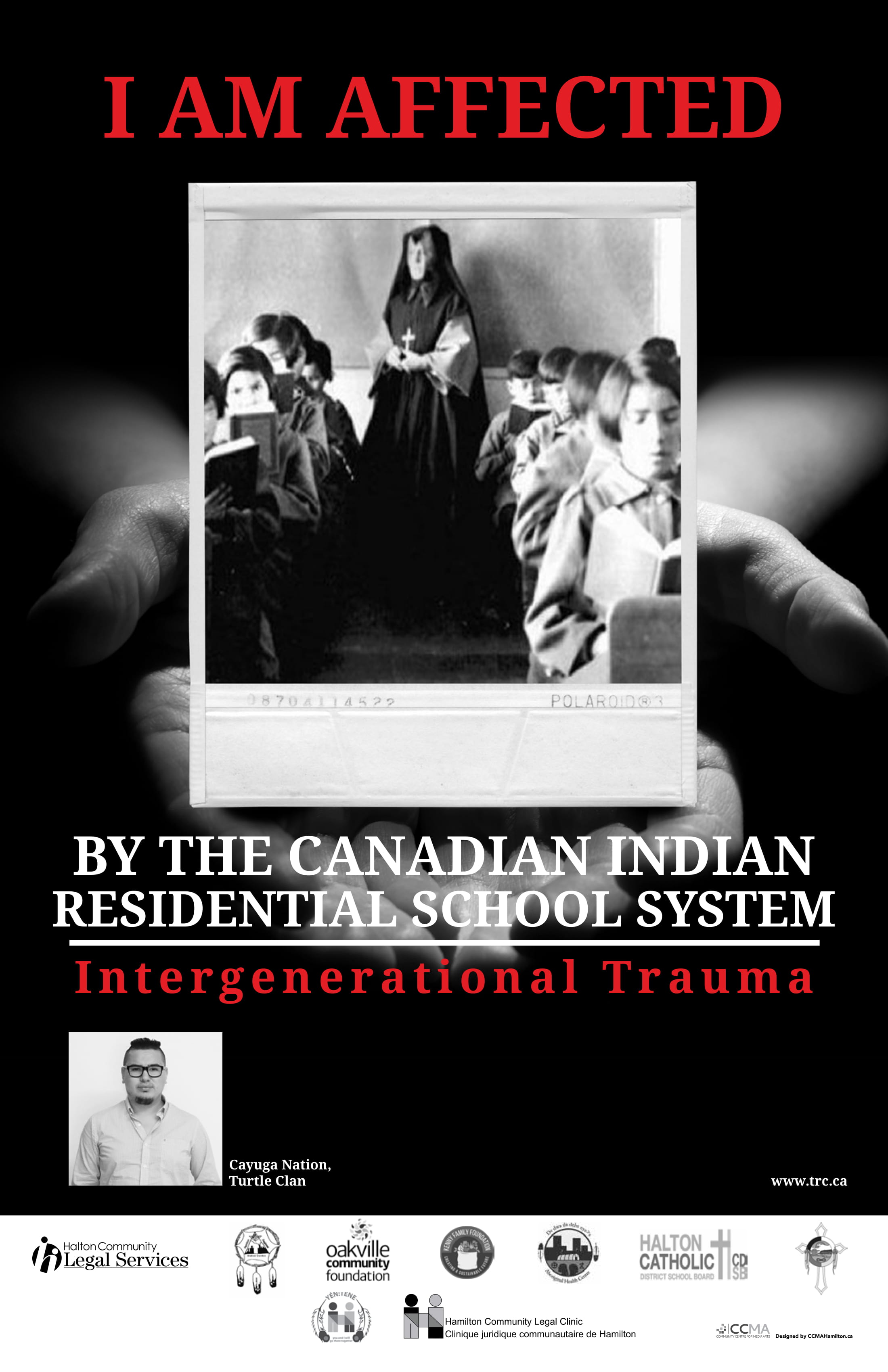 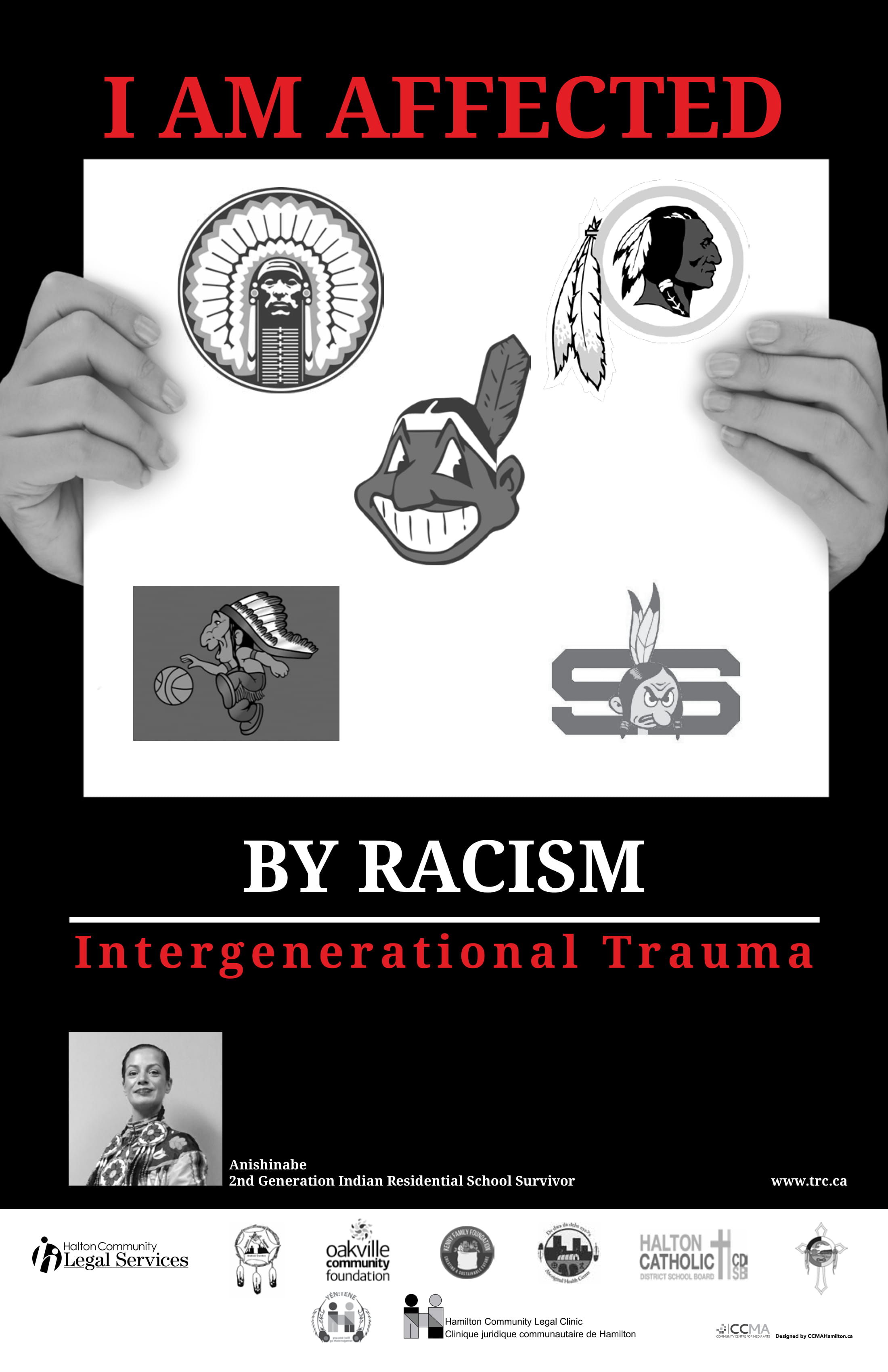 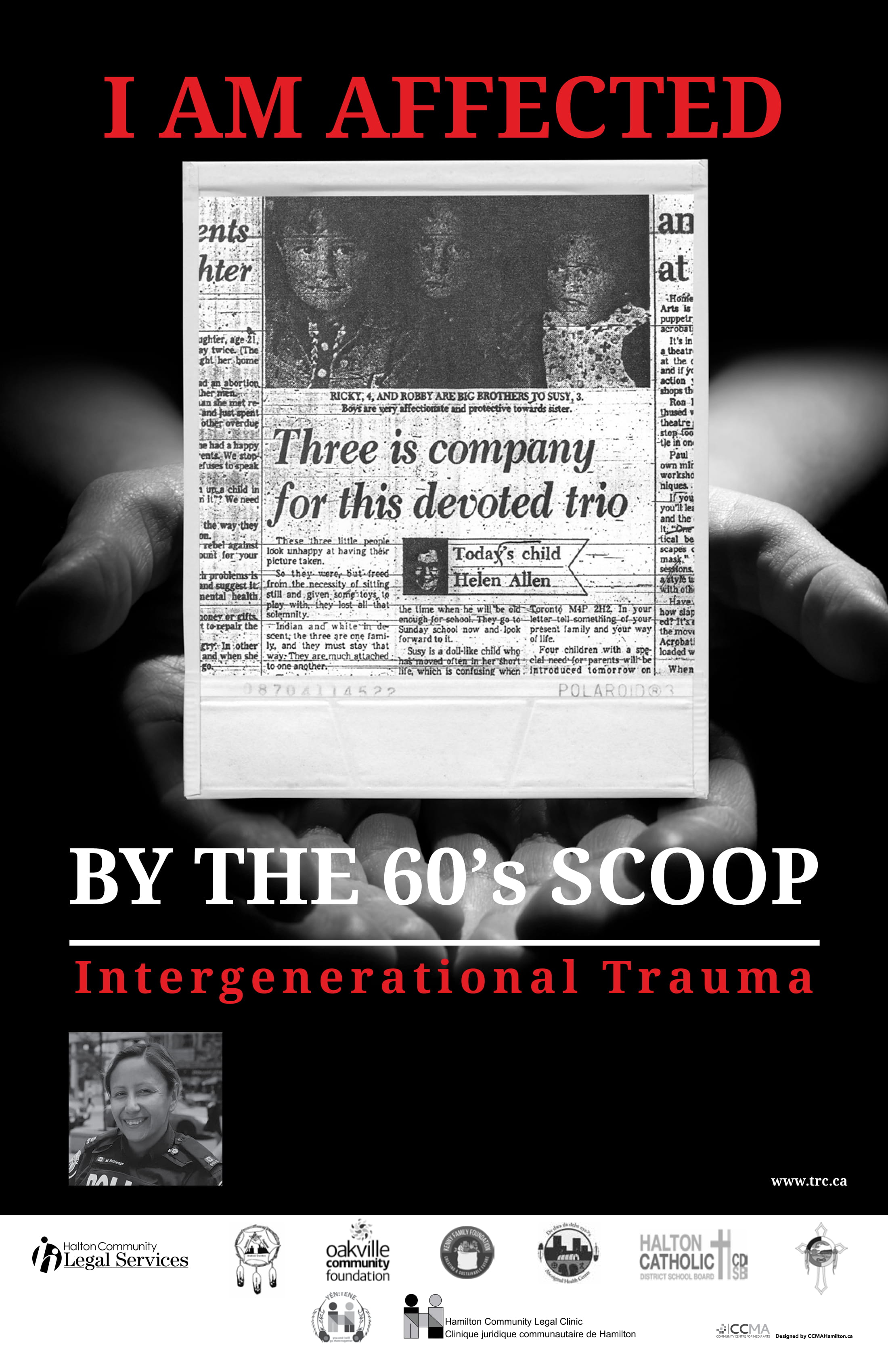 The I AM AFFECTED campaign is an awareness raising poster campaign that was initiated in Hamilton. The Halton campaign includes 7 unique posters that feature the faces of different Indigenous people from Halton, most of them survivors of intergenerational trauma, affected by the Canadian Indian Residential School System, the 60’s Scoop, violence against Indigenous women and girls, and racism.

The campaign in Halton is in partnership with YÉN:TENE, Lyndon George, the Hamilton Community Legal Clinic’s Indigenous Justice Coordinator, who heads up the YÉN:TENE initiative came up with the idea of the posters. YÉN:TENE works to improve access to justice for Indigenous people in Hamilton and Halton. YÉN:TENE is a Mohawk phrase meaning “You and I will go there together.”

“The campaign was developed to initiate conversation and provoke thought on the Canadian Indian Residential School system, its legacies and the intergenerational trauma caused by that system,” states George.

“The Sixties Scoop happened and great harm was done… The “scooped” children lost contact with their families. They lost their aboriginal language, culture and identity.”
—Justice Belobaba in Brown v. Canada (Attorney General).